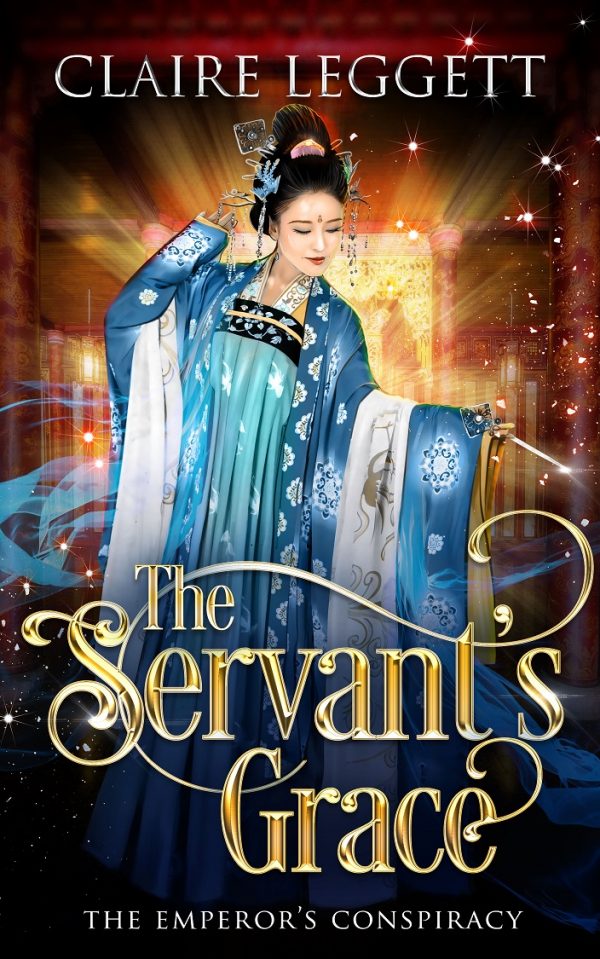 A tyrannical ruler. A hidden heir. Can a simple handmaiden save her realm from doom?

A tyrannical ruler. A hidden heir. Can a simple handmaiden save her realm from doom?

Lady’s maid Shan works for a privileged family, though she longs to see all servants treated fairly. But when she’s caught with equality propaganda, no favours can keep her from execution. With no other way to save herself, Shan reveals her ability to turn invisible and agrees to a risky mission spying on the emperor.

Slipping through the palace corridors to collect evidence of the callous monarch’s plans, Shan discovers the true heir to the throne may be alive. But with attempts on her mistress’s life and the emperor determined to root out any plot against him, even her power to vanish might not be enough to save her.

Can a lowly servant become the key to saving an empire from a bloodthirsty despot?

The Servant’s Grace is the thrilling conclusion to the Emperor’s Conspiracy fantasy series. If you like determined heroines, high-stakes espionage, and epic power struggles, then you’ll love Claire Leggett’s action-packed finale.

Buy The Servant’s Grace for the final battle against tyranny today!