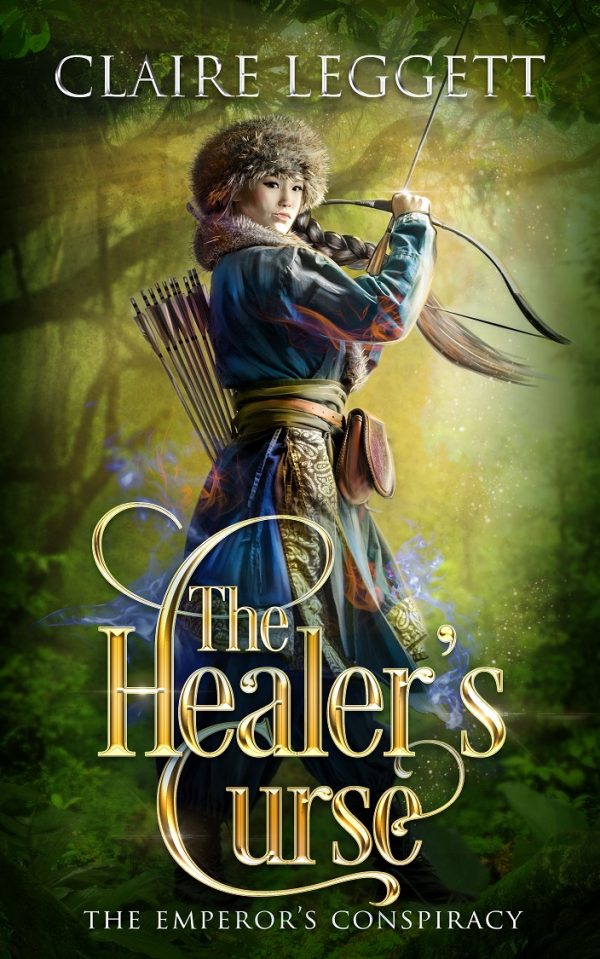 She’s their only hope. If only she could wield the power to save them…

She’s their only hope. If only she could wield the power to save them…

Geriel hates that she’s the weakest healer in her tribe. And when a deadly disease sweeps through her village, she despairs she’s not good enough to rescue her people. With the outbreak spreading and her gift unstable, she’s sent on a desperate mission to locate the herbal cure deep in enemy territory.

Seeking to better control her powers with guidance from a skilled dragon, she falls in with a ragtag band of freedom fighters. But even with her mentor’s mystic teachings, villagers are still dying. And as war closes in, Geriel fears she’s losing the race against time.

Will Geriel find the cure and unlock her talents before her kind fall to the blight?

The Healer’s Curse is the second book in the action-packed Emperor’s Conspiracy fantasy series. If you like Far Eastern-inspired settings, magical creatures, and breathtaking suspense, then you’ll love Claire Leggett’s captivating tale.

Buy The Healer’s Curse to reverse the deathly disaster today!

The characters are terrific, the various locales were vivid and unique. The romance was slow growing, but constant. The tension and suspense of the battles and confrontations were on-the-edge-of-your-seat events.